Coca Cola “What Goes Around Comes Around” 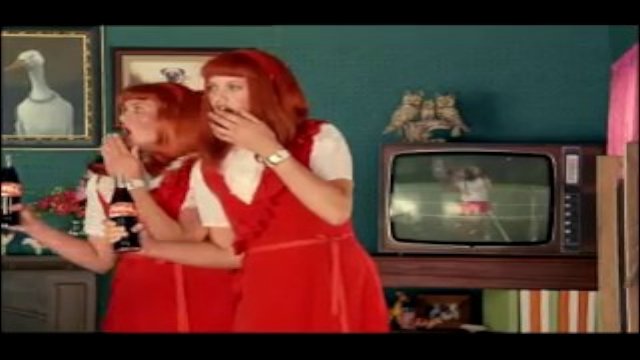 The film opens on an interior shot of a house focussing on a solitary girl holding a bottle of Coca Cola. As the camera pans through the house, we see the same girl, at minutely different stages of movement. The camera then moves outside, where more characters – again shown in different stages of movement – appear. In each case, the viewer thinks he’s watching a very clever time slice of each character. However, in actual fact, multiple actors play each of the characters.

For Your Ads on our site,